What FASadE is about

FASadE is a nonprofit cultural organization with debats, tours, exhibitions, programs and events for the people of Amersfoort and beyond. Our mission is to inspire, to stimulate and to clarify why design matters. The way our streets, neighbourhoods, parks, landscapes, squares and public buidings function, has influence on us all. It determines the way we go to school or work, where we meet or play, where we can take initiative and seek quietness or liveliness. That's why the design of the city and landscape and awareness of it is vital!

FASadE aims at a broad audience. Eight young designers, who all work and/or live in Amersfoort, participate in organising FASadE activities. They are called De Jonge Honden. Programmaker is Irene Edzes. She is also chairman of the program council which consists of senior professionals and two representatives of De Jonge Honden:

FASadE is part of Stichting Amersfoort in C. 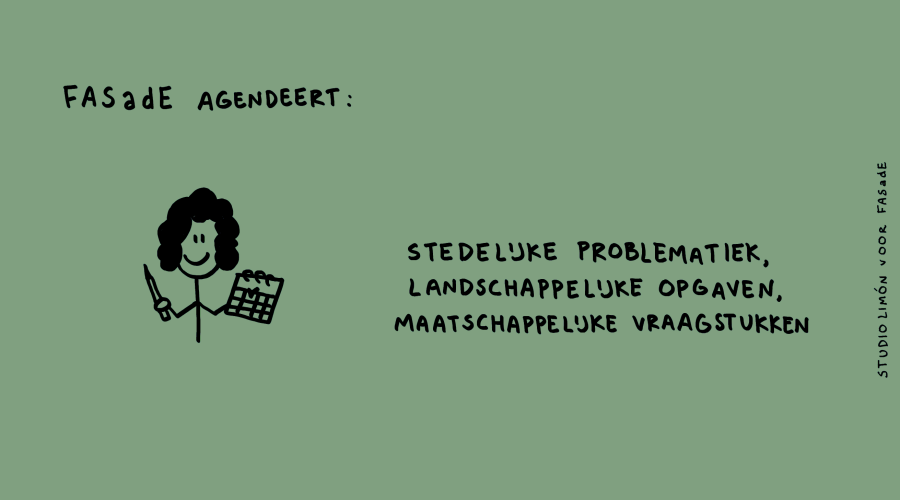